At the moment every bit of new information about Avengers: Age of Ultron gets me more excited, and lets me know that the day when I can actually view the film is getting ever closer. Recently the new bits of information are of more avengers being added to the film.

The first new characters – which were actually announced a few weeks ago – are the super-fast Quicksilver (Aaron Taylor-Johnson) and his sister, the Scarlet Witch (Elizabeth Olsen) who uses hexes to cause explosions, create force fields, burn objects, deflect magic attacks and stop the momentum of bullets or missiles. The Scarlet Witch is a vital part in the story, as she is one of the only Avengers who has a chance against the robotic Ultron. The pair are the children of the master of magnetism, Magneto; and are therefore also being featured in this years X-Men: Days of Future Past film, but with different actors playing them.

Some of the best news about the 2015 Avengers sequel to come out recently is also another character being added to the line-up. The Vision (being played by Paul Bettany) is finally going to be seen on the screen; he definitely deserves it as The Vision is one of the most famous Avengers. In the comic books, after Hank Pym (Ant-Man) creates Ultron and he turns against him, Ultron then creates an android with the power to fire beams of radiation and infrared and posses’ the power of flight and super-human strength; called The Vision. However he betrays Ultron and joins The Avengers. Whether this is what Joss Whedon is planning, we don’t know yet; especially with the story line of Ultron’s creation being changed. As most fans will know, the actor playing The Vision is also the voice of Tony Stark’s J.A.R.V.I.S artificial intelligence system, so that may factor into the story line. 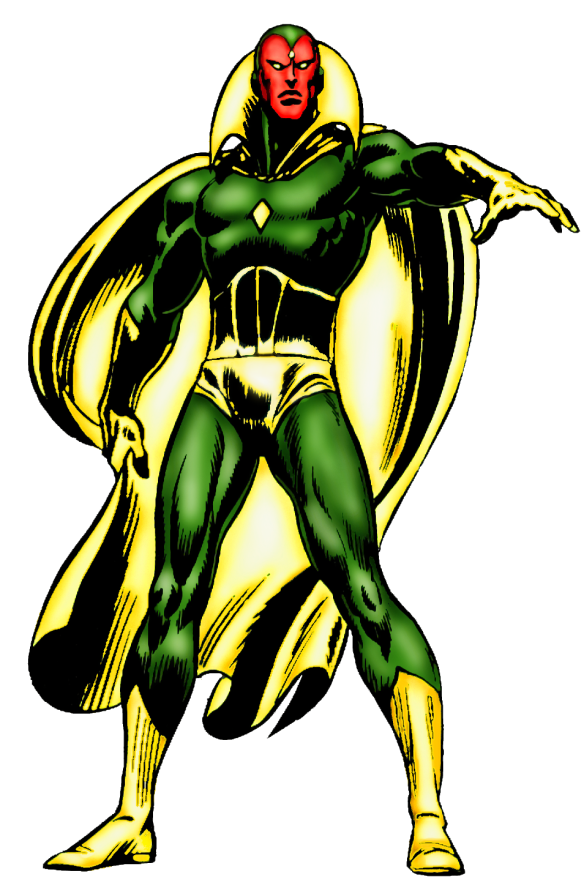 The anticipation for Avengers: Age of Ultron has grown even more.

The past 12 years have seen dozens of comic book fans heroes grace the big screen, some films being action-packed thrill rides which did the comics proud, whereas others crashed and burned like a vehicle in the Incredible Hulk’s path.

What everybody is wondering now is what’s next for the Marvel Cinematic Universe in this so called ‘Phase 2’, post-The Avengers. Well a lot has been planned after the huge success of Avengers Assemble – and the films leading up to it: Iron Man, The Incredible Hulk, Iron Man 2, Thor and Captain America. It was obvious that the fans were on board and wanted more – hence Phase 2 of Marvel’s plan to take over the world of cinema.

Although the post-credits sequence of The Avengers showed us that the lovely purple-faced villain, Thanos was behind the Chitauri attack on New York, it appears that we won’t see much more of him until the end of Phase 2. No at the moment Marvel are trying to get the audience intertwined with the characters, and the best way to do this is by giving the heroes a sequel, to explain their story and who they are better. We have already seen this in Shane Black’s Iron Man 3, the first film in phase 2. The film took us deep into Tony Stark’s back story, showed the effects which the battle in Avengers Assemble was having on him and, due to a lack of suits, forced him to use the only power that he has…his mind.

The same theme will be seen in Thor: The Dark World and Captain America: The Winter Soldier, as the god of thunder and America’s super soldier will be developing more as characters for the audience. With Thor having his love interest, Jane Foster, thrown right into the mix this time thanks to the dark world Svartalfheim, and being forced to ask his brother, the god of mischief, Loki for help. Then Captain America faces his old best friend Bucky, after he has been turned into the villain known as the winter soldier. Its too bad that Marvel have not planned any solo films for the other two heroes from Avenger Assemble, Black Widow and Hawkeye, both being vital to the Avengers storyline, however they both will be weaved in to the upcoming films in some way.

With the Strategic Homeland Intervention, Enforcement and Logistics Division, or S.H.I.E.L.D, being such a huge part of the Marvel universe, and appearing in every pre-Avengers film. It only seems right that the organisation which gathered the team together should not be forgotten in Phase 2, and thankfully they haven’t. With Avengers Assemble director Joss Whedon helming a S.H.I.E.L.D TV show, which shows a team of agents led by the somehow resurrected Agent Coulson (Clark Gregg) investigate into various Marvel related occurrences around the globe.

The second half of Phase 2 introduces a film, Guardians of the Galaxy, and a band of characters which could take fans of the films by surprise, with it going over towards the science-fiction side of things. All of the movies so far have been set on Earth, minus Thor’s home world and the ending to Avengers Assemble which could have been hinting at the space theme. Guardians Of The Galaxy is set for release after the Captain America sequel, and will feature a whole new set of characters for audiences to sink their teeth into, if you thought that some of the Marvel heroes were odd, you haven’t seen anything yet. As you can guess, the guardians job is to protect the galaxy, and apparently we should be rooting for them much more than we think because if the guardians fail, then the Earth is affected. Star-Lord, Drax the Destroyer, Groot (a mobile-talking tree), Gamora and Rocket Raccoon (who is a talking Raccoon) are the heroes of this film, and with names like that, it is sure to be a magic Marvel carpet ride. Whether or not they will be referenced in any of the post-Avengers films is yet to be known.

The final part of Phase 2 is, you guessed it, The Avengers 2. Although director Joss Whedon will not give much information out about the film, it has been rumoured that there will be plenty of deaths, and that the mutant brother and sister team Pietro and Wanda Maximoff (Quicksilver and Scarlet Witch) will be appearing in the film – using them could lead to their father Magneto possibly making an appearance. As for the villain and what other characters will be introduced, well we’ve still got 2 years until it’s release so anything could happen.

Not much is known about Phase 3 as of yet, however one thing which is certain is that Ant-Man, one of the founding and long overdue for a film Avengers, will finally be hitting the big screen in 2015. The film will be directed by Edgar Wright (Shaun of the Dead/Hot Fuzz/Scott Pilgrim vs the World), and will follow scientist Henry ‘Hank’ Pym as he discovers how to shrink things down to a much smaller size. After wondering whether it will work on a live test subject, he tries it out on himself and shrinks down the size of an Ant, however still regaining his normal strength. He resizes himself and creates a helmet which, through using vibrations, he can control the Ants, and creates a suit that can deflect other insect stings. Whether his wife Janet van Dyne A.K.A The Wasp – another founding member of The Avengers – and Pym’s other aliases Giant-Man and Yellow Jacket will feature in the film is yet to be seen.

I’m sure I am not the only one who has sat around staring at my Dr. Steven Strange figure and wondered when his turn will come to dazzle audiences, well wonder no more because it is confirmed that the Doctor will appear in Phase 3. However it is not yet known if the sorcerer will be given his own film or be put together with a team, most likely The Avengers. Which, if so, could also feature Black Panther the African based Avenger whose whereabouts were hinted at during Iron Man 2, and possibly, with his appearance in the Captain America sequel, Falcon, the high-flying, crime-fighting crusader.

Whatever the future holds for Marvel and The Avengers, Phase 3 is sure to go out with a bang.

Guardians Of The Galaxy – August 2014